Chicago’s Strengths Show No Signs of Ebbing, Despite Challenges

From a high-level perspective, the Chicago region has tremendous strengths that are likely to keep demand elevated in the foreseeable future. That’s one of the key takeaways from the “View from the Top: A Closer Look into Chicago” panel that concluded the inaugural Connect Chicago conference this past Thursday. The Connect Conferences event drew 200 attendees.

“We are home to more than 400 major headquarters, including 36 that are in the Fortune 500,” said moderator Jim Carris, market leader for Colliers International. “Twenty-four of those corporations are based in the suburbs, and another 12 in the CBD.”

Carris added that the Chicago region has more than 4.5 million employees—and while the region’s population growth overall has remained flat, in recent years it has added some 300,000 college-educated residents to its ranks.

In terms of the industries that call Chicago home, it’s a very diverse market. “So we’re somewhat resistant to the peaks and troughs that you see on the coasts,” Carris said. Increasingly known for its tech and healthcare sectors, Chicago is also the nation’s second largest industrial hub.

Yet this strong and resilient market also has some hurdles to overcome. “Some of the challenges that our city faces tend to narrow the pool of capital that is interested in Chicago,” said Jake Noble, managing director at CIBC. “Particularly, when I look at some of the larger projects that are on the table today and talking with our clients, they’re starting to say that that’s becoming more and more of a discussion point.”

Especially for Class A projects in the city proper, “real estate taxes are something that comes up quite a bit,” said Noble. In the suburbs, “it’s definitely a more challenging environment from a job growth perspective.”

Hide Kashima, senior program director with Structured Development, concurred on the property tax issue. As the Chicago-based owner/developer is putting one of its assets on the market, “the number one issue is how the underwriters are going to look at property taxes,” he said. “No one knows.”

The health of the city’s and state’s finances is another area of concern. So is the perception of a high crime rate in Chicago. However, the Emanuel administration’s Neighborhood Opportunity Fund, funded by voluntary donations from downtown developers in exchange for FAR bonuses, may address some of the challenges faced by the city’s economically disadvantaged neighborhoods.

“We could all make a strong moral case as to why it needs to be a topic of attention, but even enlightened self-interest is a factor there as well,” said Noble.

Founded in the early years of the previous cycle, Structured Development’s biggest project to date, NEWCITY in the Clybourn Retail Corridor, came to fruition over a 10-year period that spanned that cycle and the current one. Coming out of the 2008 recession, the project’s retail component ended up being geared toward entertainment and restaurant tenants; Kashima said he would’ve liked to have seen more hard goods in the mix.

On NEWCITY, he said, “Those are lessons learned that we’re applying now in our future projects.” In terms of moving forward on those projects, “The retail orientation is changing so rapidly. We’re trying to be as flexible and nimble as possible as we move forward.”

Historically, Structured Development has focused on Chicago, but earlier this month the company was selected by the city of Orland Park to develop the Main Street Triangle there. “We’re very bullish on that site,” said Kashima. “It’s a great location; the demand is there.”

Given all of the multifamily development that has occurred in the region, Carris brought up the prospect of a bubble, and Kashima agreed that yes, there will be a correction at some point. “But, we’re still seeing the numbers come in,” and rents are still increasing, he pointed out.

“We’ve been talking about oversupply for a while now,” said Noble. “Everyone was convinced that there was going to be a drop in rental rates and a huge increase in concessions in River North because of all the new towers being built. By and large, that didn’t come to fruition.

“It really is going to be impacted by whether Chicago continues to be a significant jobs engine,” he concluded. “As long as we have that, I think we’ll be set.”

Connect With the Panelists

Get Chicago News in 150 Words 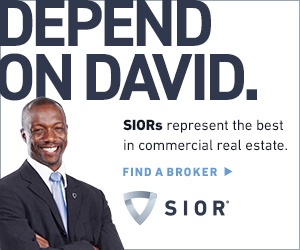