Chicago has released its first-ever Equitable Transit-Oriented Development (eTOD) policy plan. The plan offers a roadmap for mixed-use neighborhood development around CTA and Metra stations and high-capacity bus routes on the city’s South and West Sides, which often haven’t seen such development.

“It’s clear that both real estate developers and building tenants appreciate the benefits of transit-served economic development and housing projects,” said Planning and Development Commissioner Maurice Cox. “This effort will help eTOD become more prevalent in portions of the city where the transit resources exist, but development doesn’t.”

The Lightfoot administration said that more than 200 developments in Chicago have been approved to access TOD benefits since late 2016. However, nearly 90% of all new TOD projects have been concentrated on the North and Near Northwest sides, in Downtown and around the West Loop, with little activity occurring near train stations on the South and West.

Connect With Planning and Development 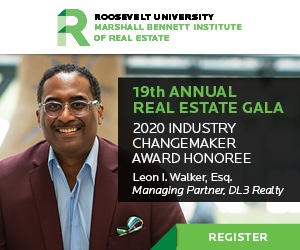