Los Angeles Mayor Eric Garcetti’s State of the City address on Sunday night outlined plans for furloughing thousands of city workers, as the city works to survive the economic challenges presented by the COVID-19 pandemic. The Mayor indicated tax revenues are projected to fall far short of expectations, and could drop as much as $598 million below projections.

The city’s civilian workforce is being asked to take 26 unpaid days off to help balance the budget, which would represent a roughly 10% pay cut.

Garcetti said, “All of us remember the 2008 recession. Until now, it was the biggest economic blow of our lifetime, and it hurt. But there’s no way to sugarcoat this. This is bigger, and it will hurt more.”

The annual speech didn’t feature the typical ceremonial pomp and circumstance or an audience of hundreds. Rather, Mayor Garcetti adopted a deeply somber and emotional tone in a speech given to a mostly empty City Council chamber.

The mayor appeared to fight back tears as he spoke of grief for those who have passed from the disease. More than 40,000 people have died of COVID-19 nationally, and deaths in Los Angeles County rose significantly last week. Los Angeles County’s death toll increased by 81 last week, a single-day record for fatalities, and the County’s total now stands at more than 570.

“Our city is under attack. Our daily life is unrecognizable. We are bowed and we are worn down. We are grieving our dead. But we are not broken, nor will we ever be,” Garcetti said. 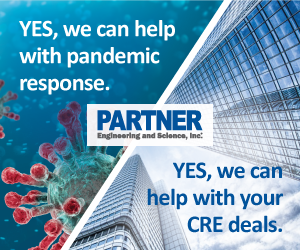