NAI Global’s Jay Olshonsky on the Coming Distress Wave: “You Need to Develop a Realistic Plan”

By Paul Bubny
NAI Global president & CEO Jay Olshonsky sees the makings of another wave of distress in the current downturn. Accordingly, he and his team are advising clients to prepare, in a variety of ways.

However, that preparation does not entail simply dusting off a playbook from the Great Recession.

Olshonsky sees key differences between this downturn and the previous one, with at least one of them a positive for the market: the plentiful supply of cash sitting on the sidelines compared to last time.

He notes that whereas the 2008-2010 recession had its roots in the single-family home market, “I don’t think that will be as big an issue this time, because especially in the suburbs, there’s a lot of demand for housing outside of urban cores.”

Another key differentiator, Olshonsky tells Connect Media, is that “this is going to hit a lot of major product types in commercial real estate for the first time in a long time.” Naturally, the two most widely discussed are hotel and retail, which have already withstood the worst of the extended shutdown.

In the case of hotel, which like retail already faced some hurdles prior to the pandemic, “you’ve got a problem that COVID-19 has just made extremely worse,” says Olshonsky. “In 2009, if you wanted to get on an airplane and stay at a hotel, you might have lost your job or your house, but if you had enough money to take a vacation, you could. You can’t really do that right now.”

With retail, “most of the retail that was bad in 2009 was bad to begin with” due to oversupply and overleveraging, he says. In 2020, retail—good as well as bad—has had to shut down operations for an extended period. That includes a wave of high-concept restaurants, movie theatres and other experiential retail “that has been built over the past 10 years and now is basically closed.”

The potential for distress extends to the office and multifamily sectors, Olshonsky says. In the case of office, it is due to the pandemic’s acceleration of the work-from-home trend.

“Do I believe that offices will be closed and people will work from home forever? No,” he says. “Could it be two to three years? Certainly, and that would cause properties to not have any net operating income and pay debt.”

Multifamily operators may also be facing similar challenges, “because now you have people just not paying rent because of job loss,” says Olshonsky. “That’s very different from 2009, because back then multifamily was the star and did just fine.”

The counsel that NAI Global is giving clients on riding out the coming wave varies according to whether the client is an owner, lender or tenant. “If you’re an owner of a property that is suffering from the COVID effect—lack of occupancy, lack of cash flow—and you believe you can hold on through the dips, you need to develop a realistic plan,” Olshonsky advises.

That means projecting the expected timeline for vacancies and loss of NOI as well as for occupancy to return. When drawing up such a timeline, “You need to be ultra-conservative in your estimates and look at it with maybe a five-to-10-year future cash flow basis,” says Olshonsky. “Try to figure out worst-case scenarios and then figure out, ‘am I now completely underwater, because the value of the property under this assumption is far less than the current debt on the property?’ We’re advising them to do that, and to look at it from the standpoint of recapitalizing the property.”

Naturally, a recapitalization depends on “whether the lender will allow you to actually do that and buy into your plan, and whether you’ll need to put more equity into the property,” he says. Alternately, if the property’s income outlook is truly painful, the owner has to weigh the implications of giving it back to the lender.

“The other thing we’re recommending to owners is that, with all of the money out there, if they really want to know what their property is worth, put it on the market now and see what the pricing would bear,” says Olshonsky. “You don’t know if it’s 10 cents on the dollar or 70 cents on the dollar until you get it there in front of a broad group of people. We’re finding that most owners are saying, ‘I want to get the same money I would have gotten on Feb.1 of this year’ and we’re nicely saying to them, ‘well, it’s not Feb. 1 anymore.’”

Another important matter is regular property management and maintenance during the shutdown. NAI Global advises to pay attention to upkeep, “so that when and if these changes, they don’t have to realize that their air-cooling system is completely shot because they forgot to maintain it,” Olshonsky says.

From the vantage point of lenders facing distressed loans, it is a question of working with owners to determine whether there are viable plans for the properties or it might be better to simply take the property back.

Further, says Olshonsky, “If you’re a lender, and you have multiple loans on properties, whether you’re a special servicer, a mortgage REIT or a traditional bank, you might say, ‘we don’t want to deal with one property at a time, one loan at a time. We’re going to take our 35 loans and bundle them together.’”

Tenants generally fit one of two basic scenarios at present. “You’re going to have some users that unfortunately are already closed but have leases in place,” Olshonsky says, pointing to a significant uptick in sublease space becoming available.

Here, working with accountants and legal counsel to find the best path forward is advisable—and in fact, NAI Global recommends working through the legal process whether the client is an owner, lender or tenant.

If the tenant’s business is a going concern, the current environment means doing a rethink of space requirements. Olshonsky says, “If 99% of your employees work from home and it’s working and they’re happy, you have to ask yourself, ’what does my future office look like in terms of size, scale, shape?’ Will it be in New York City, for example, or will be in New Jersey, Connecticut, Long Island because that’s where your people live and it’s a lot easier to get in your car if you need to go to an office than it is to take a train, a bus or a subway?”

If the tenant does need that space, this is an opportune time to get it, especially with the amount of sublease space coming onto the market. “It’s a very good time to execute a short-term, long-term or mid-term lease deal and maybe save some money,” says Olshonsky. “But it all starts with, ‘how much space do you really need?’.” 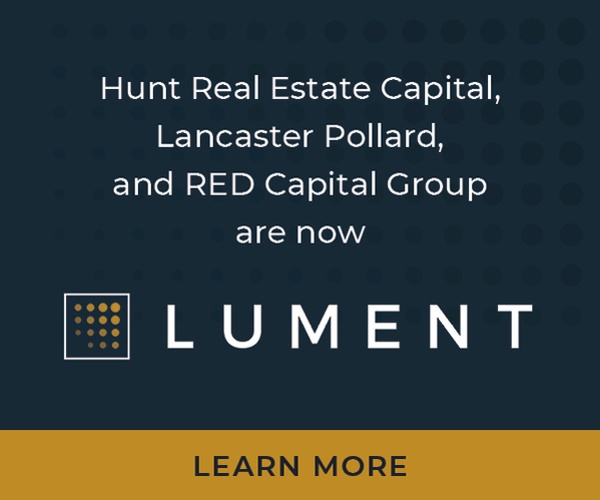